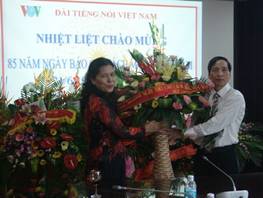 On behalf of the women in all of , VWU leaders sent the best wishes to the press agencies and thanked journalists for their cooperation with VWU in communication work in the past as well as expressed the wish to continue the effective cooperation with them in the coming time.