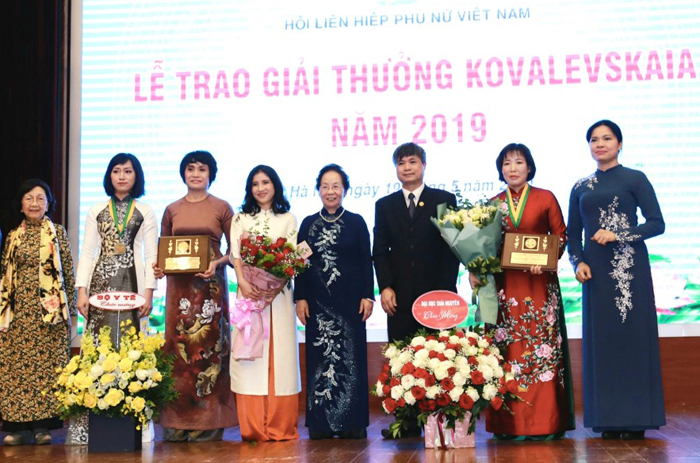 Winners of the Kovalevskaya Award 2019 honoured at the event.

The award ceremony was held on May 19 by the Vietnam Women’s Union Central Committee to celebrate the 130th birthday anniversary of late President Ho Chi Minh.

The Kovalevskaya Award was named after the Russian mathematician Sofia Kovalevskaya and started to be presented in Vietnam in 1986. It is the first national award for female scientists.

The prestigious annual award is given to organisations and individuals who are female scientists and have excellent achievements in research and applying science into life, bringing benefits in different fields including economy, society and culture.

Since 1986, the award has been presented to 19 organisations and 48 individuals in various fields such as mathematics, physics, chemistry, biology, agriculture, medicine and information technology.

The Kovalevskaya Award 2019 was given to female scientists of the Influenza Laboratory of the Virus Department under the National Institute of Hygiene and Epidemiology and Associate Prof. Dr. Tran Thi Thu Ha, Director of the Forestry Research and Development Institute under the Thai Nguyen University.

Research of the female scientists of the Influenza Laboratory helps ease the burden caused by influenza.

Orientation for the research was defined since 2003 when the SARS epidemic occurred in Vietnam. Since then, the team, led by Associate Prof. Le Thi Quynh Mai, joined surveys, took samples and conducted diagnosis of patients under treatment at the Vietnam-French Hospital since March 2003.

With experiences from the SARS epidemic, the team continued to undertake research on A/H5N1 bird flu on people in the country at the end of 2003.

At present, the anti-virus medicine Oseltamivir-Tamiflu was assessed as the most effective medicine for A/H5N1 and H1N1 treatment that has not been replaced or supplemented by any other medicine.

Associate Prof. Dr. Ha was given the award after her research on breeding, propagation and intensive cultivation of trees. She also has researched propagation and rearing of non-timber forest products and medicinal herbs, application of molecular biology and molecular biochemistry and developing a number of precious local medicinal plants. 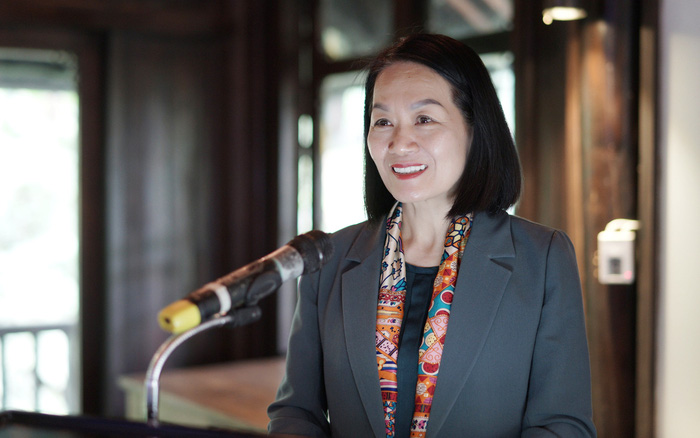