19/04/2010
The top 10 programmes supporting people with disabilities in Viet Nam for the last year were announced yesterday in Ha Noi as part of the "Life is Beautiful" campaign. 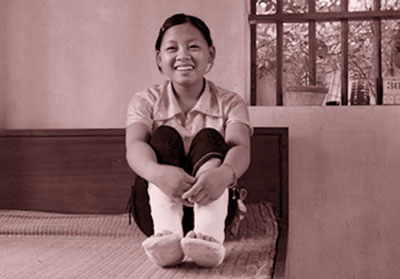 Meets West Foundation, is aimed at improving support for the estimated 5.3 million people with disabilities nationwide.

The evaluation of the 50 entries was carried out by a panel of representatives of medical doctors, development workers, policymakers and people with disabilities.

The winners were from local and international non-government organisations and self-help groups working in areas of health, inclusive education, vocational training, job placement, awareness raising and capacity building as well as early detection and prevention of disabilities.

The top 10 practices would be posted weekly o­n domestic and foreign channels of the VTV, he said.

East Meets West Foundation programme development director Nguyen Thi Minh Thu said the two-year campaign hoped to create a database of 1 million people with disabilities who needed help and a database of the top 10 programmes o­n www.cuocsongvantuoidep.vn to attract more donations and support for the campaign.