Many models developed for safety of women and children

06/08/2020
For the safety of women and children, many suitable and practical models have been developed by Women's Union at all levels to meet the needs of members and women. 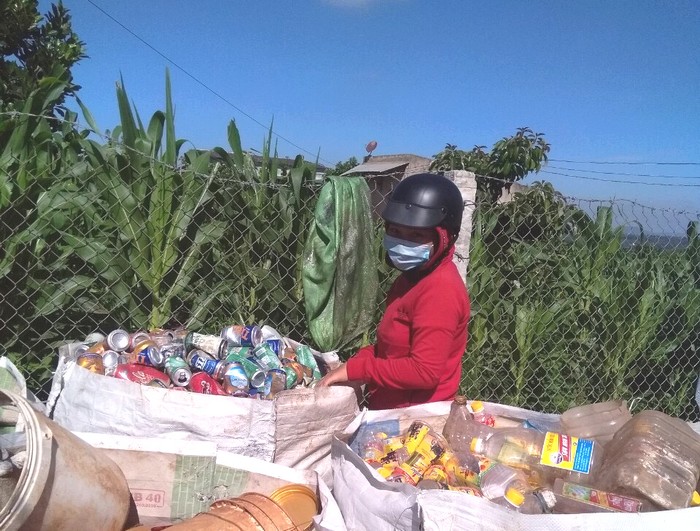 The model "Prevention of child abuse" was implemented by Lao Cai Women's Union in Thuong Ha and Bao Yen commune; Sang Ma Sao and Bat Xat commune. Each model attracts the participation of about 35 to 40 members who are WU members, women and representatives of the Party’s Committee, the authorities and the unions in the village. In particular, the Club Managers are Secretary of Party’s Committees in villages and hamlets in order to attract the participation of local Party’s Committee and authorities in communication of prevention of child abuse.

The model organized communication activities to raise its members’ awareness on issues affecting the safety of women and children, such as the situation of child abuse, forms and tricks of the crime; identifying abusers, signs of child abuse; consequences for abused children; roles and responsibilities of agencies, organizations, unions and communities in ensuring the safety for women and children, especially abused children.

In 2020, the Provincial WU instructs women unions at district level to strengthen the existing models and develop new ones so that each WU has at least 01 effective and suitable safety model for women and children. Up to now, the district WUs have directed to launch 9 models of child abuse prevention at grassroots level.

The model was implemented in Ea Nam commune and Cu Mot commune, EaHleo district, with the participation of 150 members.

The model of "Reducing plastic waste" focuses on communication about environmental sanitation, consequences of plastic waste on the natural environment and human living environment, the role and responsibilities of members in practicing as well as communicating and mobilizing people to reduce plastic waste in life. Members are taught how to classify inorganic and organic waste in the family.

The WU of Ea Nam and Cu Mot communes donated 150 plastic hand shopping baskets for its 02 models’ members. Members collected and sold 105 kg of plastic waste and the proceeds were used for a fund to help members with difficult situations. This is a meaningful activity, aiming at raising the awareness of environmental protection among women cadres and members, contributing to changing the behavior and habits of using plastic bags and persistent plastic products.

- An Giang Provincial Women's Union: A model of traffic safety

The model of traffic safety was established in Phu My town, Phu Tan district with 47 members.

Model’s members are WU members, street vendors and motobike taxi men who are at high risk of traffic accidents. The members learn the Road Traffic Law, the regulations on ensuring safety for themselves, their accompanying people and those around them during their traffic participation; regulations on mandatory helmet wearing, not drinking alcohol while driving, etc.

This model is implemented by the Central VWU in 2020 and selected by the provincial Women's Union to pilot in Phu My town, Phu Tan district. It contributes to raising the awareness of the community on traffic safety by action-oriented education methods. This model will continue to be replicated in the province in the coming time./.