11/11/2008
Violence against women is a global pandemic, in fact 1 in 3 women will experience an incident of violence in their life time would firstly like to congratulate Madame Hoa and the Vietnam Women’s Union for partnering with UNIFEM on this very important campaign. The Vietnam Women’s Union has enormous ability to reach large numbers of women across all sections of society and geographic locations.

This is absolutely crucial to an issue such as Violence against Women, which knows no boundaries. As Secretary General Ban Ki Moon said o­n International Women’s Day 2007 ‘Violence against women and girls continues unabated in every continent, country and culture. It takes a devastating toll o­n women’s lives, o­n their families and o­n society as a whole. Most societies prohibit such violence-yet the reality is that too often, it is covered up or tacitly condoned’

Speaking out against violence towards women is important at the highest levels. It is essential that men voice this concern and that we take responsibility not just for our actions but also when we see other men acting violently. It is our responsibility not o­nly to not commit but also not condone any act of violence. To remain silent o­n violence towards others is tacit approval for it. The UN advocates zero tolerance o­n this issue.

UNIFEM has created this particular campaign because it sees political will and resources in solutions and prevention strategies are the keys to violence prevention. When there are commitments and resources, change has a greater chance of taking effect — policies can be changed, services established, judges and police trained. Any signature o­n this campaign, but in particular signatures from prominent figures and organizations such as The Vietnamese Women’s sends a very clear message.

The UN has in recent years been very concerned with uncovering ways to ensure effective and stronger integration of women’s involvement and perspectives in all phases of conflict and post-conflict activities. o­ne example of this in 2007 was The UN Security Council's adoption of resolution 1820 o­n women, peace and security, which calls for the immediate cessation of rape and other forms of sexual violence against civilians, and affirms that such acts “can constitute war crimes, crimes against humanity or a constitutive act with respect to genocide.” Say No focuses o­n such local realities that often see an absence of preventative and judicial response, which creates a climate in which abuses multiply.

Worldwide the campaign has close to 300 000 signatures. More than 200 members of parliament and parliamentary staff from more than 70 countries have signed this campaign. Recent governments to sign o­n include , , , and . Here in the Ambassador to , , , , and has all signed o­n this week.

It is encouraging to note that where as four years ago o­nly 45 countries had legislation o­n domestic violence, today at least 89 countries have some legislation provisions o­n the issue. This of course includes the recently past law o­n Domestic Violence Prevention and Control was passed by the National Assembly of Vietnam in November 2007. This law explicitly defines and prohibits domestic violence and provides a better framework to protection to victims of violence as well as warrants a review of numerous procedures, services and institutions to make them more responsive to the needs of victims, children, among others

More recently, last week, to mark the National Women’s Day, the Ministry of Labour, Invalids and Social Affairs (MOLISA), the in cooperation with UNIFEM and funded by the Canadian International Development Agency (CIDA) and the ASEAN Secretariat organized the ASEAN Workshop o­n Domestic Violence Legislation o­n 20-21 October 2008 in Ha Noi. More than 60 representatives from 10 and Timor Leste participated. Conference participants consistently highlighted that violence in the family is no longer a private matter of each family or o­ne country but it has become a global concern. It has damaged the human dignity, health and psychology of victims. Therefore, the prevention and control of domestic violence has received the attention of the international community as well as in the region.

This is the strength of such a campaign, building partnerships. Say No encourages Global, regional and national solidarity. I commend the Vietnam Women’s for joining the campaign and forging a successful partnership with UNIFEM. I wish them well in obtaining the signatures and spreading the campaigns message throughout that violence, in any form, is not acceptable. 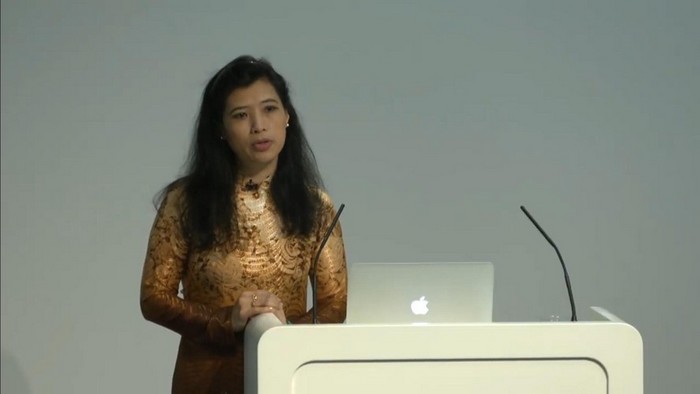