09/12/2016
President of the Vietnam Women’s Union (VWU) Nguyen Thi Thu Ha was officially recognized as Associate Professor in 2016 by the State Council for Professor Title of Vietnam. 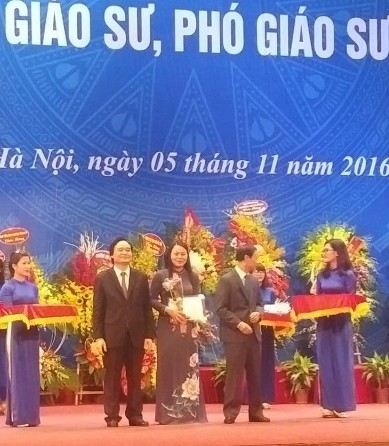 Among the newly appointed professors this year, there are six female lecturers. The youngest female professor was Ms. Vu Thi Thu Ha, born in 1970, majoring in Chemistry from the Vietnam Institute of Industrial Chemistry. She was also awarded Kovalevskaia prize in 2011.