04/05/2020
On the morning of April 24, the Central Organizing Committee held a meeting to announce the Politburo’s decisions on personnel appointments of Ms. Nguyen Thi Thu Ha, President of the Vietnam Women&apos;s Union (VWU) as a new Secretary of the Ninh Binh Party Committee. 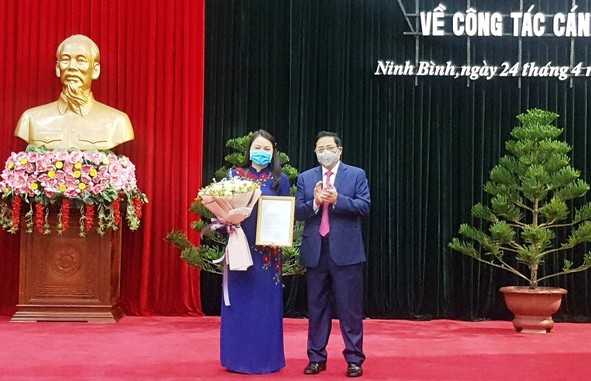 Ms. Nguyen Thi Thu Ha (born in 1970) is Associate Professor, Doctor of Psychology, Bachelor of Political Theory. Before being appointed as the Secretary of Ninh Binh Provincial Party Committee, Ms. Ha was a Member of the Party Central Committee and President of Vietnam Women's Union. She is currently a Member of the 14th National Assembly for the 2016-2021 period of Bac Giang delegation.