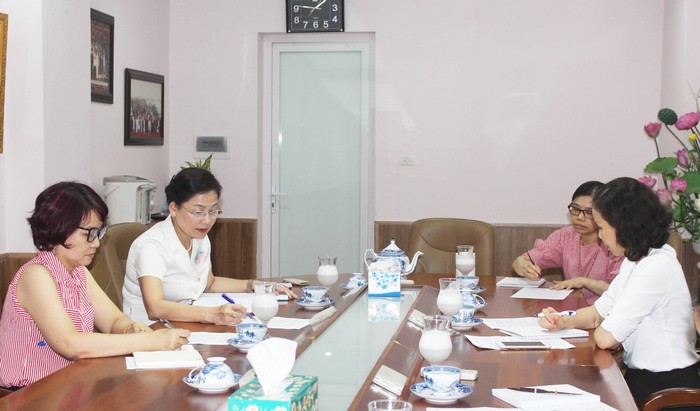 Within project "Promoting gender equality in political decision making in Vietnam" aiming at improving capacity for female deputies to National Assembly (NA) and People’s Council (PC) to better perform the role of elected representatives and promote women's rights, APHEDA and VWU successfully organized workshops "Enhancing the participation of women in leadership" in Hai Phong and Ho Chi Minh City in 2019, and 02 workshops "Increasing the percentage of female candidates and female deputies to the XVth National Assembly and People’s Council at all levels for the term of 2021-2026" in Bac Ninh and Hanoi in 2020.

Looking towards the Party Congresses at all levels and the election of NA and PC for the 2021-2026 tenure, VWU has held a Get-together of female deputies of XIVth NA during the NA 9th session, a workshop on female cadres work with the participation of leaders from Women's Union of 12 Northern provinces and cities, the workshop "Sharing experience and initiatives to increase women's participation in politics", and developed online lectures for female candidates, etc.

At the meeting, leaders of VWU and APHEDA agreed to strengthen the cooperation, developing action plans focusing on capacity building for female candidates including practice of election campaigning skills, and networking People’s Councils’ female deputies and potential female candidates.