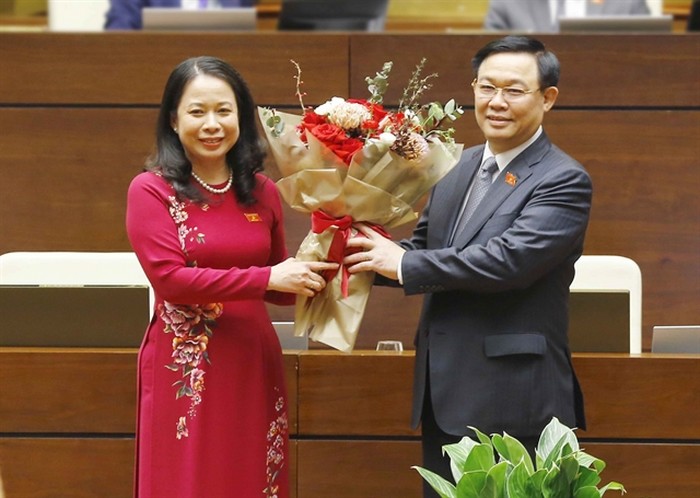 The resolution won the support of 447 of the 449 legislators present at the sitting, equivalent to 93.13 per cent of the total NA deputies and took effect immediately after the adoption.

Xuân was born on January 8, 1970 in southern An Giang Province. She is currently a member of the Party Central Committee, Secretary of the province’s Party Committee and head of the NA deputies’ delegation of the province.— VNS