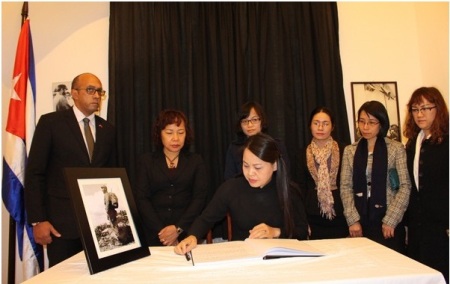 On behalf of Vietnamese women and VWU, President Nguyen Thi Thu Ha expressed the mourning of Vietnamese people and women over the death of the Revolutionary Leader Fidel Castro, extended the deepest condolences to the Cuban Party, State, people, women and the Leader’s family.

On 28th November, 2016, the VWU sent the letter of condolences to the Cuban Women’s .