Policies and programs to support businesswomen to be promoted

04/06/2019
Vietnam Women’s Union (VWU) President Nguyen Thi Thu Ha stated that in the context of the digital economic development, new issues are emerging and impacting all countries, organizations, and businesses. For Vietnamese enterprises in general and women run enterprises in particular, challenges are even greater when trade agreements in which Vietnam participates are effective, bringing more opportunities but creating fiercer competition at the same time. 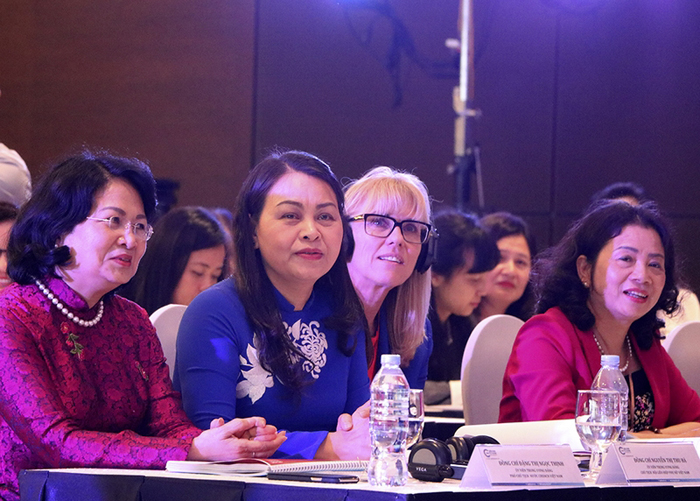 Speaking at the talk show “Businesswomen and aspiration for a prosperous Vietnam”, held in Hanoi on May 2 within the framework of the Vietnam Private Economic Forum 2019, Mrs. Nguyen Thi Thu Ha, Member of the Party Central Committee, President of the VWU, showed high appreciation of the role and efforts of female entrepreneurs and their contribution to the national economic development.

Besides, although the percentage of female owned or run enterprises in Vietnam is 25%, ranking second in the region, 98% of them are micro, small and medium-sized enterprises (MSMEs) and they mostly lack of experience (94% of female entrepreneurs are operating their first business). Women owned or run enterprises and household businesses still face many difficulties in accessing finance, land, technology and supporting resources, however, they are a great potential for developing the business network in the future.

VWU President Nguyen Thi Thu Ha affirmed that the Vietnam Women's Union pledged to continue accompanying women entrepreneurs, listen to their suggestions and recommendations in order to propose and promote the implementation of policies and programs to support women in general and female entrepreneurs in particular. "We will work together to carry out suggestions stated by the State Vice President in her opening speech, thus contributing to write more beautiful historic pages about Vietnamese women who are talented and resilient", VWU President said.