31/07/2006
A project to strengthen the management ability of productive health for the community was signed by the Chief of the Japan International Cooperation Agency (JICA) in Viet Nam, Mr Fumio Kikuchi, and the Vice Chairman of Nghe An Provincial People’s Committee Hoang Ky. 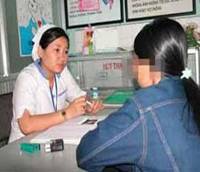 The project, which lasts for three years, aims to raise management ability of reproductive health care centers and other related agencies in the central province of Nghe An by training medics at local clinics with safe and hygienic deliveries.

It is therefore JICA has decided to launch the project in four neighboring provinces, namely Ha , Ninh Binh, Thanh Hoa and Ha Tinh.

Nghe An Reproductive Health Centre will be responsible for training the trainers from these provinces under the supervision and guidance of the Ministry.

These trainers will later train others who are in charge of providing reproductive health services at their localities.

From June 1997 to May 2000, JICA began to implement the first stage of reproductive health project, carried out in eight districts of the central

It focused o­n safe and hygienic birth-giving at communes by improving prenatal care, midwifery skill and knowledge, and upgrading facilities and equipment.

The second stage of the project, which was implemented from September 2000 to August 2005, attached much importance to the quality of the services required to meet a growing demand. Its activities were also expanded to 19 districts of the