17/04/2020
Over the past few days, international media have continued to hail the success that Vietnam has had so far in containing the spread of the COVID-19 pandemic despite having limited resources compared to many countries. 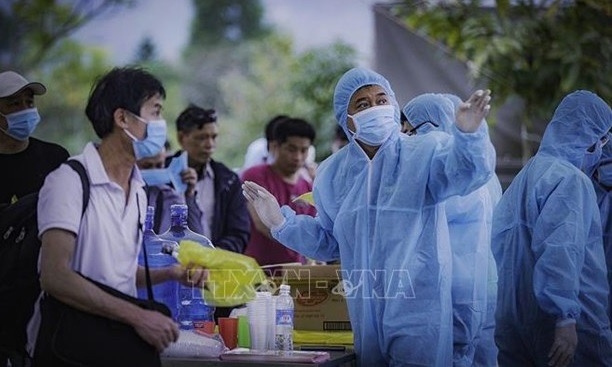 Accordingly, the Deutsche Welle of Germany and the l’Obs weekly of France said Vietnam’s success can be attributed to the four measures of quarantine, surveillance, declaring war on the epidemic and adherence to the rules.

The article on l’Obs said the Vietnamese Health Ministry regularly sent messages to mobile phone subscribers giving information on the epidemic’s developments and advice on hygiene practice. The State media has been mobilised for communication work, with artists also joining in, one outstanding example being the Ghen Co Vy, a song meant to increase awareness of preventing the spread of COVID-19 which has become a global hit.

An article on the csis.org website by Amy Searight and Brian Harding said Vietnam, along with Singapore, has emerged as a global model for early action and aggressive containment of COVID-19. Vietnam, a fast-growing but still developing country with few resources, launched a rapid and aggressive response to the coronavirus outbreak that so far has been highly successful, with zero reported deaths so far, according to government data, the article read.

According to the article, Vietnam’s shared border with China and bustling cross-border trade made it highly vulnerable to the spread of the virus, but the country’s leaders quickly halted flights from China and closed schools nationwide.

Vietnam has been a role model in adopting measures to contain the spread of COVID-19 amid limited conditions, with eight doctors for every 10,000 people, according to an article posted on Russian news website zen.yandex.ru. The country has controlled the spread of the pandemic, it wrote, having recorded over 200 cases but no fatalities by the end of March, primarily thanks to the Government’s rapid response.

Meanwhile, Vietnam tops the list with 62% of the population content with the government’s response to the COVID-19 pandemic while over half of 32,000 citizens surveyed across 45 countries want more government action, according to a recent global study conducted by Berlin-based Dalia Research.