10/01/2020
Runner Nguyen Thi Oanh, 23, beat other prominent candidates in a poll of nearly 200 sports reporters across Vietnam to become the country&amp;apos;s number one athlete in 2019. 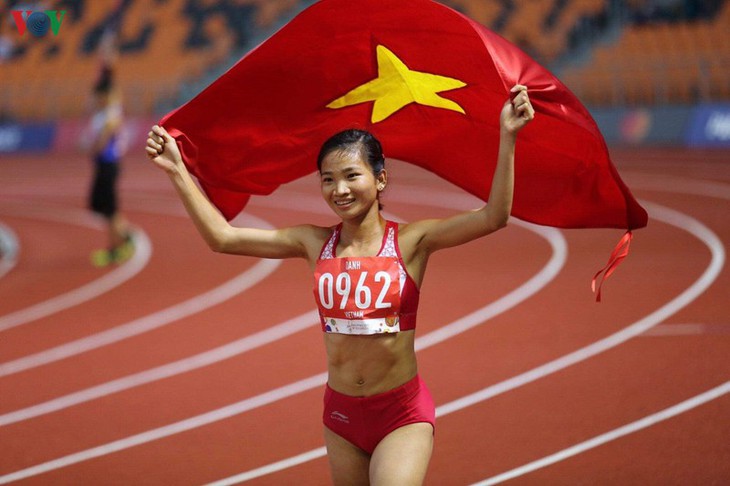 Oanh topped the list of ten most outstanding Vietnamese athletes, followed by swimmers Nguyen Thi Anh Vien and Nguyen Huy Hoang. At the 2019 Southeast Asian (SEA) Games in the Philippines, Oanh won three gold medals in the women’s 1,500m, 3,000m steeplechase, and 5,000m hurdles events. She even broke the SEA Games record in the 3,000m steeplechase.