05/08/2021
As an illiterate woman from Dao ethnic minority group, but with a creative way of thinking and doing, Ms. Trieu Thi Ta from Na Vien village, Yen Duong commune, Ba Be district, Bac Kan province has developed a trusted brand of vermicelli bearing her name, bringing about annual revenue of hundreds of millions Vietnam dong. Her vermicelli has been added to the e-commerce platform. 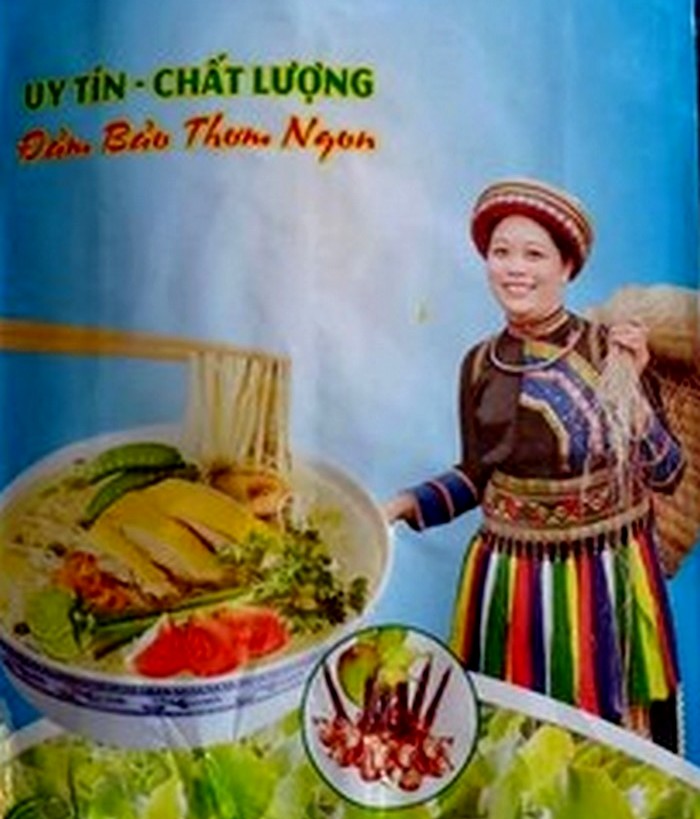 Trieu Thi Ta uses her image on the product packaging

Being born in a poor farming family, after finishing the 3rd grade, Trieu Thi Ta had to stop going to school and worked on the fields. When she got married, her life did not get better. In order to take care of her family, she had to work hard day and night to grind edible canna into flour and sell it to vermicelli makers. She realized that income from selling raw materials was not high while this work was very hard. Edible canna is considered a key crop for economic development in her hometown. Therefore, she decided to learn how to make vermicelli to sell to local people.

At this time, in Bac Kan province, there were a number of other vermicelli brands. However, with the traditional handmade process, especially using local canna starch, "Mien Dong Trieu Thi Ta" soon gained a foothold in the market.

Ms. Ta shared: “The business start-up is not easy. When she first produced vermicelli, she did not make a good product right away. She had to accumulate experience little by little so that her vermicelli could meet the requirements. She then had to directly introduce the product to consumers and listen to their feedback for appropriate adjustment.  By that way, her vermicelli product has gained reputation and stood firmly in the market.

The special feature of Trieu Thi Ta handmade vermicelli is that it is not crushed when being recooked. In particular, her vermicelli guarantees 3 No-s (No grits - No chemicals - No additives), ensuring food hygiene and safety. Another consumer attraction of "Mieu dong Trieu Thi Ta" is its packaging with the printed image of the "boss" in the traditional clothes of the Dao ethnic minority group.

In 2014, Ms. Ta invested in making 500-gram packaging, registered for brand protection with codes and barcodes. This has helped her enter large supermarkets. From a small factory that could only produce 50kg of vermicelli per day, Ms. Ta now has two factories with an output of up to 7-8 quintals of vermicelli per day. In 2020, the total production of vermicelli is estimated at about 70 tons.

Furthermore, Ms. Trieu Thi Ta always pays attention to improving the product quality and maintaining the brand. She proactively does research and introduces new products to meet the demand of modern consumers, such as a combination of black garlic and canna powder into nutritious, healthy black garlic vermicelli. Her business brings about a profit of 400 million VND/year and helps creating jobs and stable income for local people.

Regarding future plans, Ms. Ta wishes to further expand the production to meet the abundant demand of consumers. Trieu Thi Ta vermicelli has been voted "Typical rural industrial products in the North" for many years by the Agency of Regional Industry and Trade. In 2019, Trieu Thi Ta vermicelli won the 3-star OCOP product of Bac Kan province. Currently, the business has connected with sales agents in all provinces and cities across the country and is present on e-commerce platforms such as Lazada, Shopee, Sendo, etc.