18/02/2020
At the Spring Celebration “Áo dài and Flowers” held at the Vietnam Women’s Museum on the evening of January 17th, 2020, Mrs. Nguyen Thi Thu Ha, Member of the Party Central Committee, President of the Vietnam Women’s Union (VWU) launched the collection of 1 million signatures to nominate Áo dài to be recognized as a National Heritage by signing a pair of special Áo dài. 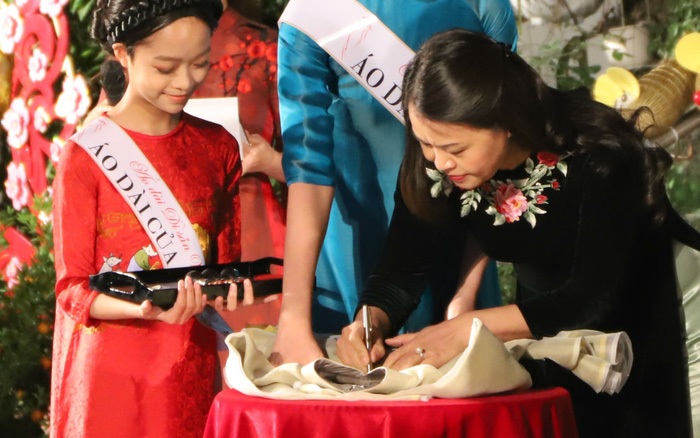 The Spring Celebration “Áo dài and Flowers” is the first event of the series entitled “Áo dài – a Vietnam cultural heritage” initiated by the VWU for the year 2020 to honor Vietnam’s Áo dài (traditional long dress). The ceremony was attended by Mrs. Nguyen Thi Thu Ha - VWU President, Mr. Saadi Salama – Ambassador of the state of Palestine to Vietnam, Mr. Michael Crof – Head of UNESCO Vietnam Office, VWU Vice Presidents, and other guests representing different local and international agencies and organizations in Vietnam.

The most significant activity within the event was the interactive session for stamping and signing the pair of “Our Áo dài” to call for 1 million signatures from the public to propose for the recognition of Áo dài as a National Heritage. The pair of Áo dài used for collecting signatures has been created by Designer Lan Huong with 3 pieces representing 3 regions of Vietnam and being hand-embroidered meticulously. The two Áo dài were first signed by Mrs. Nguyen Thi Thu Ha and other distinguished guests attending the ceremony. After the event, the two Áo dài would be displayed at the Museum until March 2020 for public signatures on them.

This event with its follow-up activities have been designed to affirm and honor the Vietnamese cultural identity and values embedded in the traditional costume of Áo dài and uphold the public pride and responsibility to preserve and promote the Vietnamese heritage, thus contributing to the cognition of Áo dài firstly as a National Heritage and then a Cultural Heritage of Humanity.

Within the event, some activities were also organized such as Neu Tree Lighting, Designer Lan Huong’s Áo dài Show, the opening of Áo dài Exhibition “Vietnam, an ever-lasting physique”, the opening of Tet Viet Experience Room with VR glasses, etc. 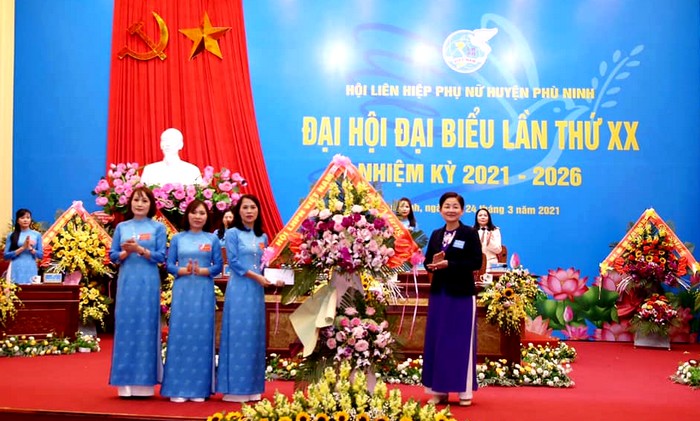