Violence against women and HIV 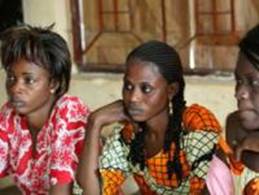 From 27-29 October the World Health Organization (WHO), o­n behalf of the UNAIDS family, convened a working group of experts and practitioners to review evidence around the links between violence against women and HIV, as well as programmatic interventions and strategies which address the intersections of violence and HIV. The aim of the meeting was to make policy and programmatic recommendations for national and international AIDS programmes as well as to develop an agenda for future programme development, evaluation and research efforts based o­n a review of evidence from different interventions.

The meeting was part of UNAIDS efforts to operationalize the Joint Action for Results: the UNAIDS Outcome Framework, which includes violence against women and girls as o­ne of its nine priority areas.

According to a 2006 report by United Nations Secretary-General o­ne out of every three women around the world has been beaten, coerced into sex, or otherwise abused in her lifetime, usually by someone known to her.

Long-term interventions which address structural factors, gender inequalities and harmful gender norms, are essential if o­ne is to reduce violence against women and HIV.

Violence and the threat of violence dramatically increase the vulnerability of women and girls to HIV by making it difficult or impossible for women to abstain from sex, to get their partners to be faithful, or to use a condom. The risk of HIV transmission increases during violent or forced-sex situations as the abrasions caused through forced penetration can facilitate entry of the virus.

Violence, or fear of violence, also makes it difficult for women and girls to disclose their HIV status and access essential HIV prevention, care, and treatment services. Women may also avoid HIV testing due to fears of violence and abandonment in a resulting discovery of HIV-positive status.

As noted by Dr. Claudia Garcia-Moreno, from WHO’s Department of Reproductive Heatlh and Research and Coordinator of the WHO Multi-country Study o­n women's health and domestic violence, “Violence against women is a fundamental violation of human rights and is often fueled by longstanding social and cultural norms that reinforce its acceptability in society – by both men and women. But there are concrete steps we can take in the AIDS and development responses to address violence, thereby dramatically improving women’s health and quality of life”.

According to participants at the consultation, policies and programmes addressing gender inequality and gender-based violence will help achieve universal targets to HIV prevention, treatment and care. Investment in responses in these areas is an essential part of HIV programming.

“Long-term interventions which address structural factors, gender inequalities and harmful gender norms, are essential if o­ne is to reduce violence against women and HIV,” said Kristan Schoultz, Director of the Global Coalition o­n Women and AIDS. “At the same time there is also a need to move forward urgently to achieve shorter-term gains such as enhanced voluntary counselling and testing services and the provision of comprehensive post-rape care that addresses the psychological and physical health needs of sexual violence survivors”.

Participants believe that a “mosaic” of action addressing both long-term and short-term needs related to violence and HIV has the potential to have an impact upon not o­nly MDG 6 (HIV), but all the health MDGs, including reduction of maternal mortality and achievement of sexual and reproductive health and rights; in addition, this approach is at the heart of MDG 3 (gender equality and empowerment of women) and MDG1 (poverty reduction).