22/07/2021
At the beginning of July this year, the Chi Culture Joint Stock Company (Chibooks) officially launched a project to bring Vietnamese Culture to the world, good news in the context that the publishing industry has been facing many difficulties due to the impact of the COVID-19 pandemic. 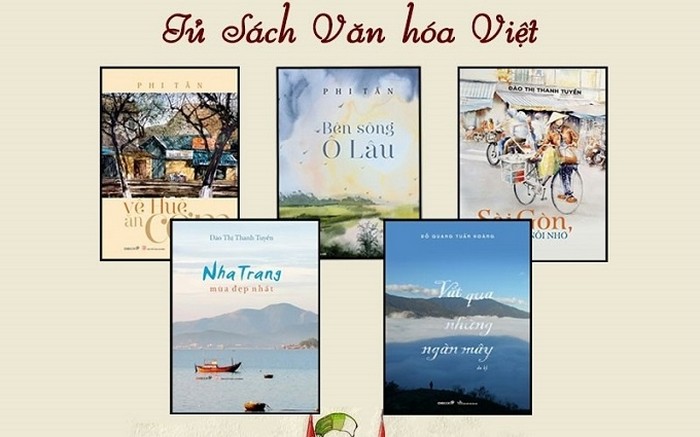 Q: How has the COVID-19 pandemic impacted Chibooks over the past year?

A: Like most other publishing houses, Chibooks has been heavily affected by the COVID-19 pandemic. Its revenue has been dropped as traditional bookstores closed. We proactively enhanced online sales on e-commerce platforms such as Tiki, Shopee and the Chibooks own website, with many attractive and diverse promotional programmes for readers.

The changes of promotional programmes weekly, along with practical gifts such as notebooks, books book and postcards, have made many readers excited and helped Chibooks maintain its number of online customers and revenue over the past year.

Q: In such a gloomy general picture, Chibooks’ launch of the project ‘Vietnamese Cultural Bookcase to the world’ can been considered a good sign for the dream of exporting Vietnamese books. Could you share more about this project?

A: The launch of the bookcase to introduce Vietnamese culture and literature to the world is a common aspiration of many publishing houses in Vietnam, including Chibooks. Over many years, Chibooks has always aspired to introduce book titles to help foreign readers further understand and love the land, people and culture of Vietnam. For us, the publishing of books not only bring information to domestic readers but also introduces our country to internationals.

We have made a change with the “Vietnamese Culture Bookcase” that promotes the culture, people, lifestyle and cuisine of Vietnam’s regions. We are completing several book titles such as ‘Vat qua nhung ngan may’ (Crossing the clouds), ‘Ben song O Lau” (By O Lau River), “Ve Hue an com’ (Coming to Hue for eating rice), ‘Nguoi Hanoi: Chuyen an, chuyen uong mot thoi’ (Hanoians: one-time stories about eating and drinking) and ‘Nha Trang mua dep nhat’ (The most beautiful season in Nha Trang).

Q: In 2012, Chibooks announced the project ‘Bringing Vietnamese literature to the world’, but it did not have a “happy ending”. How do you assess the feasibility of the project ‘Vietnamese Cultural Bookcase’?

A: Previously, Chibooks signed contracts with several Vietnamese writers including Ho Anh Thai, Vu Dinh Giang, Phan Hon Nhien and Di Li. We chose their books and translated their content into Chinese and English. We also made catalogues in both languages and sent them to many international book festivals, aiming to promote Vietnamese literature abroad.

At several international festivals in many countries such as Frankfurt in Germany and Beijing in China, several foreign publishing houses and readers were very interested in our abstracts. When they asked for the entire translation file, we did not have it because we had only translated about one chapter in advance.

We used to find translators to translate books from Vietnamese to English and Chinese; however, it was very difficult because such translators are quite rare and most are already very busy. It usually takes about a year for the translation of a book, so they did not accept. Therefore, the project ‘Bringing Vietnamese literature to the world’ was forced to be suspended. However, the book ‘Song song’ (The Parallel) by Vu Dinh Giang was translated into Chinese by Chibooks and into English by an independent translator.

The translation of books in the ‘Vietnamese Culture Bookcase’ is perhaps not as difficult as literary books, while international friends are more interested in those. Therefore, Chibooks decided to conduct the translation of books in the bookcase to bring them to the world first. We have worked with some experts and foreign translators specialising in Vietnamese translation and they agreed. In the immediate future, the project will be implemented in Chinese. Meanwhile, we are looking for more reputable experts to translate them into English.

Translation is the most important

Q: The story of bringing Vietnamese books to the world has been discussed for many years, but as yet unsuccessful. What is the core issue?

A: I think, first of all, there must be an investment in translation which is extremely important. We have to show a book that has been translated in its entirety so that international friends can appreciate how interesting and attractive it is.

Previously, at books festivals, representatives from publishing houses attended at the appointed time. If they were interested in a book, I would introduce it on the spot. However, that was still not enough because it only piqued their curiosity. They need complete manuscripts which require a lot of time and effort.

We can definitely learn from Malaysia. The Government there allocated a huge amount of money and spent three years translating around 200-300 book titles on the culture, people and literature of the country into English. They were then offered for sale abroad with fully translated manuscripts. And they succeeded. Of course, they were not immediately successful. Maybe in the first year they did not reap the results, but gradually, countries who wanted to learn about Malaysia read the English version first. After reading, they were more interested and they would then buy the copyright and translate them into their own language.

There are very few Vietnamese books translated into foreign languages. Moreover, the translations have been conducted spontaneously without a large-scale plan from the authorities.

Q: In your opinion, what else are we missing in addition to more translation?

A: Firstly, there is a lack of money as translation into foreign languages is very costly. Secondly, the only way to promote Vietnamese books abroad systematically and effectively is via the organisation and investment of the State and functional organisations. In addition, a competent committee is needed to select specific books for Vietnam and then translate them. Chibooks’ work is considered only a contribution of a few very small grains of sand.

Q: Objectively, we still do not know how much international readers are interested in Vietnamese books. From your experience at international book festivals as well as your deals with foreign partners, how do you feel on this issue?

A: Through meetings, contacts and exchanges at international book fairs, I found that in fact, foreign people have very little information about Vietnam. They do not understand our country much because they can only read a few literary works that have been translated abroad. In my opinion, we need to help world readers access the diverse books of many authors, thereby they will learn more about Vietnam.

In addition, we should not be too burdened with the introduction of sublime books and masterpieces abroad. There are many books that can promote the culture and life of Vietnamese people, not only celebrated novels.

Of course, if good literary works are not introduced to international readers, the book-makers themselves will regret this. However, there are many kinds of books that are suitable for the majority of readers. I think other units should also try if possible.

Thank you very much!