30/03/2021
NDO/VNA - A ceremony reviewing the activities of the Group of Vietnamese Women Parliamentarians was held in Hanoi on March 24. 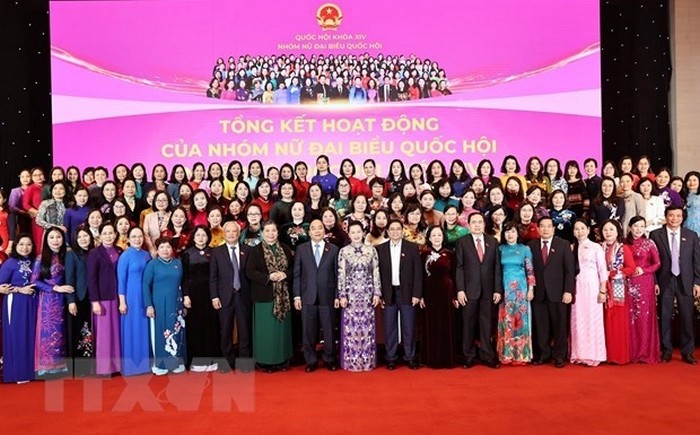 Addressing the ceremony, Permanent National Assembly Vice Chairwoman Tong Thi Phong, who is also Chairwoman of the group for the 14th tenure, said that since its establishment in May 2008 and through three NA tenures, the group has conducted diverse activities that attracted the active participation of members and fulfilled its set goals, contributing to improving the quality of the NA’s operations.

The role and position of female parliamentarians improved during the tenure of the 14th legislature. Accounting for 26.7 percent of all deputies, they offered suggestions regarding gender equality to Party and State leaders and affirmed their mettle and brainpower as representatives of the people.

During 10 NA sessions, they presented hundreds of opinions on reports to the legislature and draft laws, accounting for 31.58% of total feedback.

They also made responsible, effective, and important contributions at international forums. In particular, last year they made substantial contributions to the 41st General Assembly of the ASEAN Inter-Parliamentary Assembly and ASEAN Summit.

In preparation for the election of deputies to the 15th NA, they will work closely with the NA Committee on Social Affairs to hold training courses for female candidates.