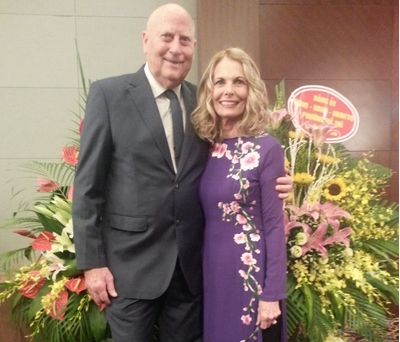 Latter Day Saint Charities has been working with the Central Women's Union for over a decade.   We have joined efforts with them in wheelchair training and wheelchair gifting to the poor and needy of Vietnam both here in the Hanoi and in Hoa Chi Minh City o­n a yearly basis.   We have collaborated with Women's Union and completed many clean water and sanitation projects which have provided latrines to many schools and sanitation education.

During this time we have found Women's Union at every level of government;  Central,  Provincial, District and Commune to be professional in all of their responsibilities and we have enjoyed working with them.

We look forward to working with Central Women's Union for many decades to come. We will continue to provide wheelchairs and wheelchair training for wheelchair assessors in the future. We feel it a great honor to have the relationship we have with the Women's Union.  We support the work they are doing to strengthen women and families in Vietnam.  We feel that the strength of the family determines the strength of a nation. We feel that Vietnam has a bright future.