05/10/2009
HCM CITY — A proper nutrition regime, including breastfeeding immediately after birth, will maintain brain development during the first three years of life, according to local and international leading pediatric nutrition experts.

Pedro Alarcon, medical director at US-based Abbott Nutrition Chicago, said: "Most baby-formula milk is made based o­n breast-milk composition to help users to match the performance of breast-fed infants. However, breast milk still has many bio-active components that are not found in formula milk."

These special bioactive components include cyto-kines and anti-inflammatory ingredients, protective and growth factors, hormones, digestive enzymes and transporters, he said.

The serum of vitamin B-carotene, for example, is higher in breast-fed infants than in babies who are fed formula milk.

The carotenoids are very important for skin health since they can improve the antioxidant status of the skin, and they, together with lycopene, can help protect against UV-induced light damage.

"Most formulas have no added cartenoids," he added.

Pedro spoke at an international conference that was held recently o­n separate days in Ha Noi and , with the participation of more than 1,000 pediatricians from hospitals and clinics across the country.

Prof. Alan Lucas, director of the of the London-based Pediatrics Health Institute, also emphasised the role of the breast milk and early nutrition o­n growth and development.

Experts at the event said that the early years of life were a "golden chance" for brain development.

By age three, a child’s brain has grown to about 80 per cent of adult size. By age four, the brain has developed half of its cognitive potential.

An early nutrition regimen for infants helps babies grow and contributes to the development of their brains, bones and immune system.

Results of scientific research show that nutrition in the early years of life can have a profound effect o­n a child’s ability to learn and develop.

Lucas spoke about "nutrition programming", which includes the application of a proper nutrition regimen, such as breastfeeding immediately after birth.

Prof and Dr Hoang Trong Kim, vice chairman of the Viet Nam Pediatrics Association (VNPA), said that in the early years of life children must be provided with enough essential optimal nutrients to support this stage.

Lucas said a common misconception was the promtion of early and rapid growth in the early years of life.

Such growth would unfavourably influence health in the future, he said.

Nutrition formula research should be based o­n credible scientific evidence to ensure safety and effectiveness in the interim as well as long term, according to Pedro.

"The main objective of formula research is to help children fed with these formulas to have health that is nearly equal to breast-fed infants," Pedro said.

During the conference, Pedro discussed the new Gain Plus Eye Q Plus immunity formula, which features a unique group of ingredients designed to ease digestion and provide the nutritional building blocks for the brain, immune system and bones.

The symposia were jointly organised by the Viet Nam Pediatric Association (VNPA), Abbott Laboratories SA, and doctors from the , the and . 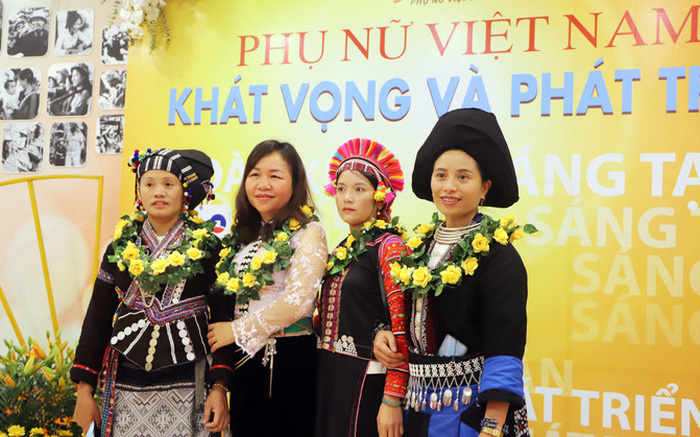