28/05/2020
A shelter was built in 2014 in Quang Tri province to support women and children survivors of domestic violence. Over the past few years, the shelter has assisted many unfortunate women, helping to reduce domestic violence and bring happiness to many families. 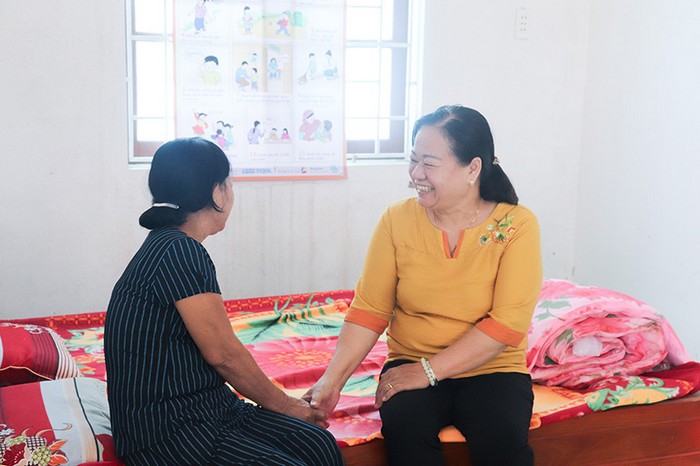 Ms. An talks to a woman survivor of domestic violence

The shelter has 4 houses built in four communes of three districts of Dakrong, Trieu Phong and Huong Hoa of the province. With the support of the PeaceTrees Vietnam, the provincial Women's Union in 2014 had the shelter built in the women's library with a budget of nearly USD 69,000. On an area of about 50 square meters, all four houses have bedrooms, kitchens, toilets, and essential appliances.

We visited a house in Mo O commune, Dakrong district. Since 2014, the house has received 14 turns of abused women, who were provided with subsistence for many days partly with the Commune WU’s funding. According to Ms. Nguyen Thi An, Chairwoman of Mo O Commune WU, domestic violence has been reported more by the younger couples. Some women stay at the house for just a day but others stay longer and keep coming back.

Ms. Ho Thi V. living in Phu Thieng village, Mo O commune has been married for 5 years. Her husband Mr. T. seemed a gentle man at first but after getting married, he often drinks and beats her and the children. Before the shelter was built, every time beaten by her husband, Ms. V. had run to her mother's in Gio Linh district for a few days and then came back. From the beginning of 2016, convinced by the local WU staff, Ms. V. runs to the shelter for habour instead. Thanks to advices from the local Women’s Union and the authorities, her husband has gradually refrained from violent actions and drinking.

Not so long ago, returning to Mo O commune, we were very happy to learn that less women now come to the shelter with their children. The shelter is still regularly cleaned by WU’s members. According to Ms. Nguyen Thi An, domestic violence has been greatly reduced in Mo O commune thanks to the community’s improved awareness and interventions by local Women’s Union and authorities.

There are now more than 400 WU’s members in Mo O commune. By promoting communication, advocacy and intervention activities on family management, gender, prevention of child marriage, the commune Women’s Union has actively contributed to imitating domestic violence, advancing socio-economic development, and maintaining security and order in the commune. 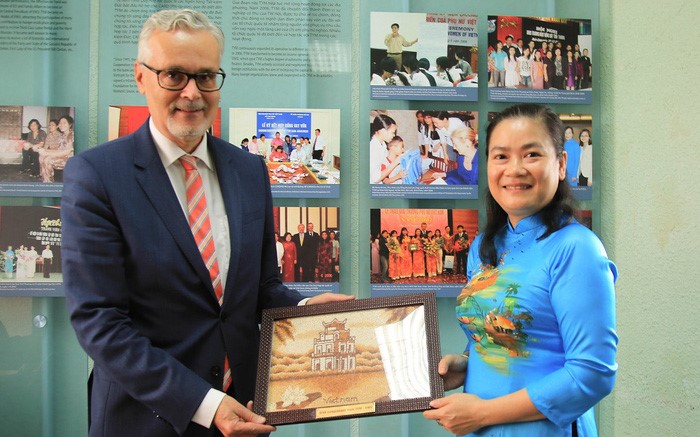